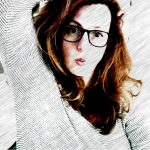 Born 1972 in the very North of Germany Flensburg, Claudia discovered her passion for film during her school years in Munich. She was the youngest person who ever worked as a freelancer for a German pay-TV channel (Premiere) at the age of 19 who did a home story with James Belushi. After graduating, she worked for TV channels and magazines and became a member of the first German Late Night Show (Harald Schmidt Show). After several years in several jobs in TV, she got in touch with a commercial film production through a director she was friend with (and still is). The first projects there fascinated her so so much that she decided to start as a production assistant and production manager. Since 2002 she is now working as Producer for production companies such as Radical Images, Silbersee, Chased by Cowboys, Velvet, Palladium Commercials and agencies like Saatchi & Saatchi, Ogilvy & Mather, Thjnk, BBDO, Strawberry Frog Heimat and McCann.